I have a new bike! It was a trick finding a suitable bike, used bikes are not in high supply right now in the Boston area. But with some perseverance, and luck, it's here and it's a beaut'! I am the proud new owner of a giant, baby blue, 10 speed Chicago Schwinn. I don't want to brag too much, but it is the most beautiful bike in the bike room (and there are some pretty expensive bikes there). 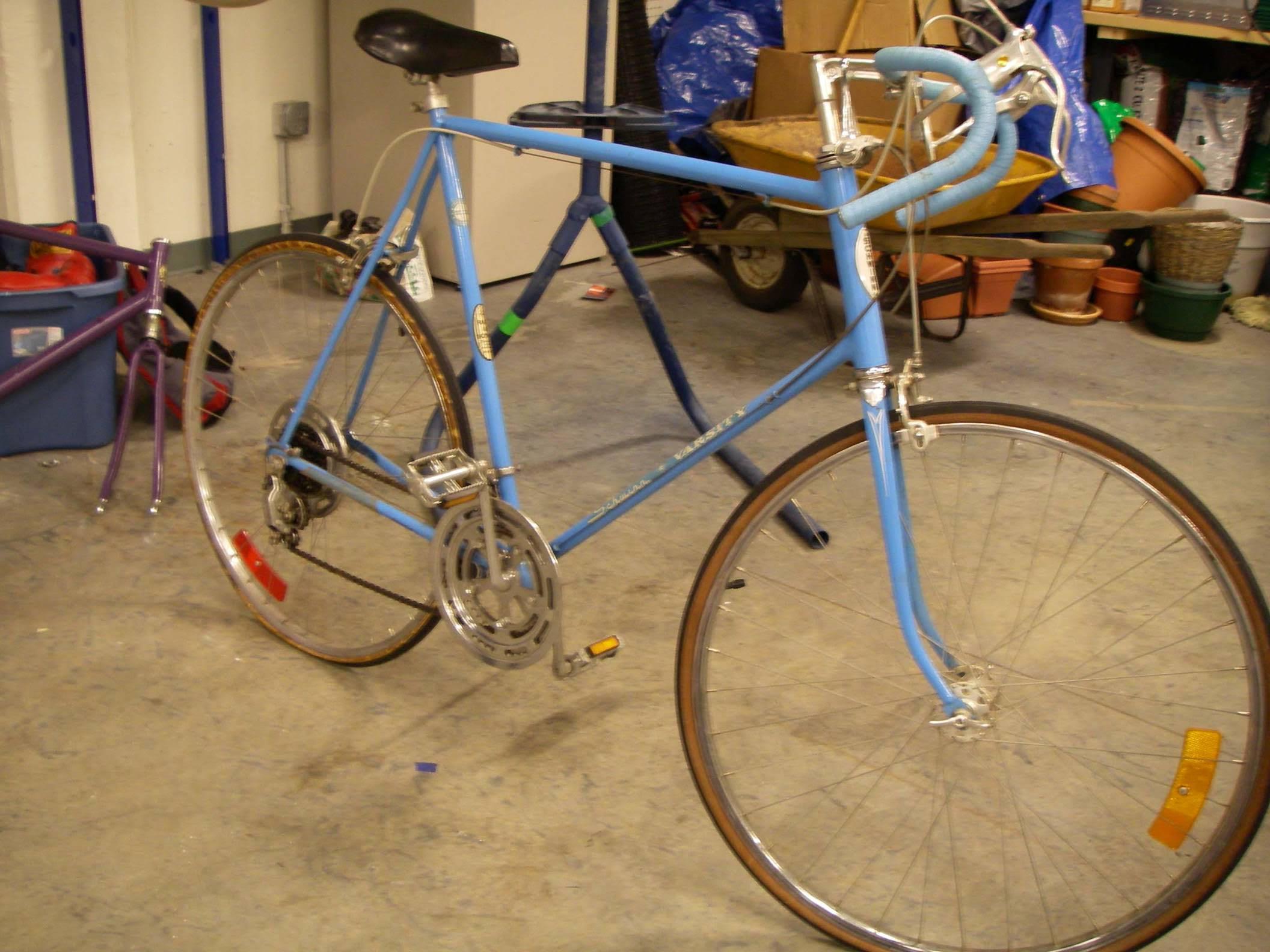 But what makes the bike really interesting is the story behind its manufacture. Schwinn's 1960s electro-forging process was a technical advance and a cost savings, but didn't meet the needs of the market. It is both a wonderful technology, and a failed one and ultimately contributed to Schwinn's demise.

I know all this because in addition to his help with the bike, George sent me this excellent article about Schwinn’s Electro-forged bike manufacturing done in their Chicago plant before the late seventies. Apparently Schwinn invested in expensive “electro-forging” equipment that make the entire bike frame on site out of strip steel. Even joints could be produced from strip steel. The steel was stamped then rolled into its final shape. The different bike tubes (the bottom bracket shell is shown below, hint: the axle between your pedals goes through the large hole) are electrically welded together on these nubs. One part becomes the anode, the other the cathode, and are pushed together at high voltage. The steel becomes molten, some metal is burned off, and the two pieces are conjoined in a flash of sparks.

Electro-forging was effective for mass production, and is really a neat technology, but became unpopular with bikers because the bikes were so heavy. According to the guy at Harris Cyclery, I have the heaviest ten speed ever made (electro-forged + huge frame = really heavy). The imported, lug construction frames were lighter and Schwinn sold imports until they outfitted their domestic factories to produce lugged frames.

Though this bike may not have been the market's first choice, I’ll have you know I don't have any reservations about my new, heavy bicycle. It might resist acceleration more than lighter frames, but I consider the extra effort I put in to be free exercise. The frame is sturdy, durably welded, and beautifully sanded. This bicycle is going to endure forever!

And here are some shots of my bike. 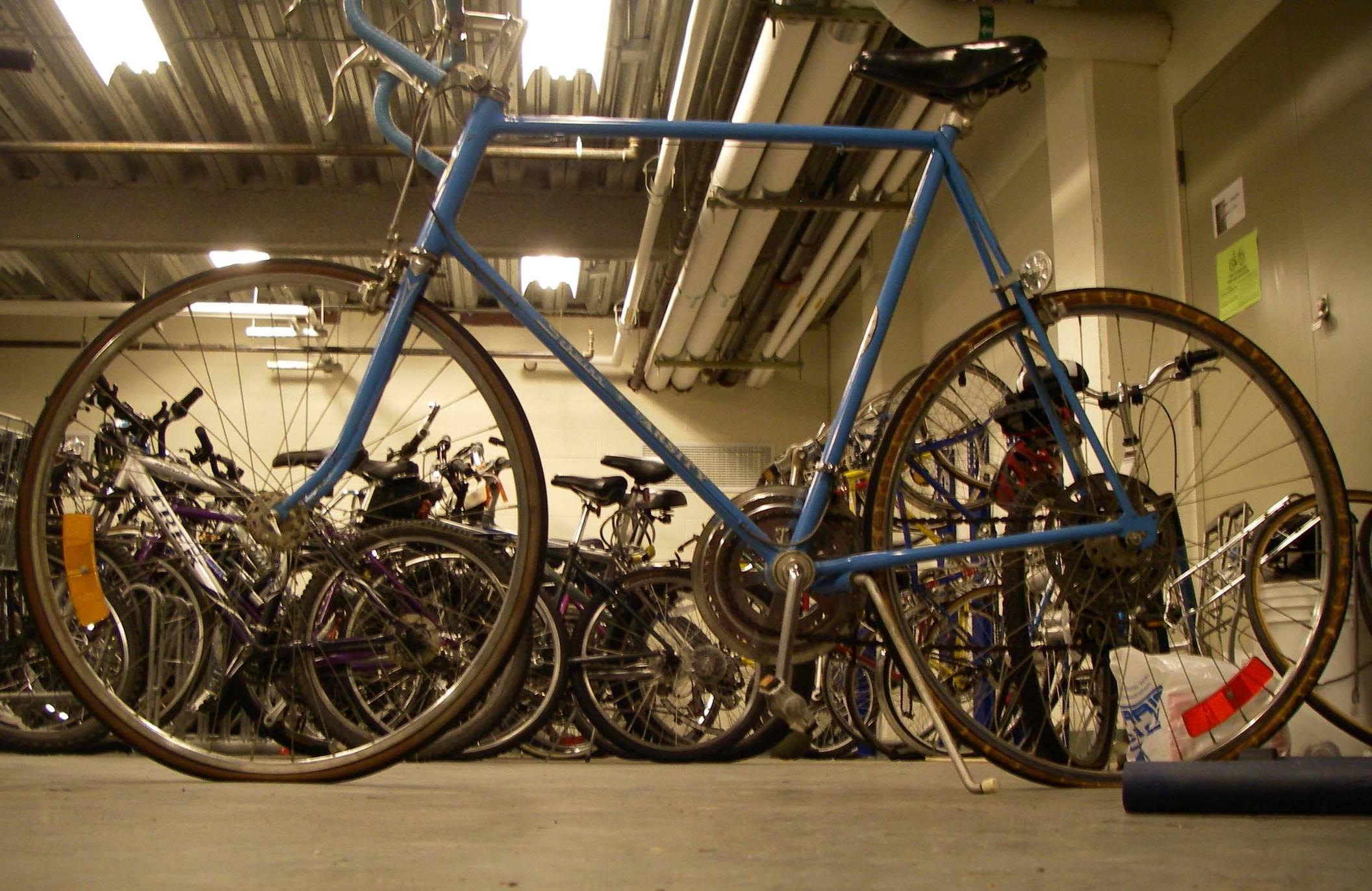 Original seeming tires, very cracked will have to go. Wheels seem original too. 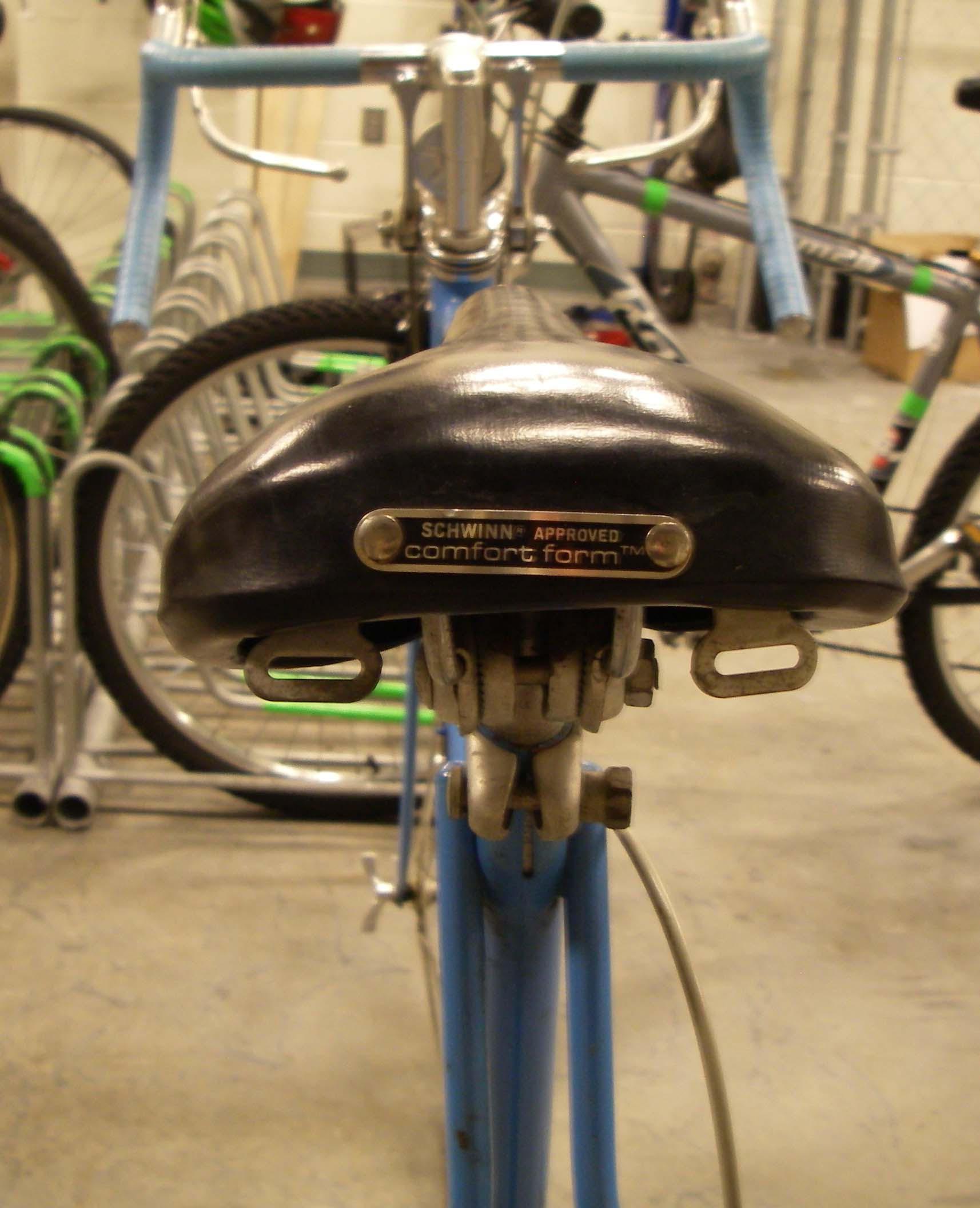 Has the original “comfort form” seat (though probably not for long :p) 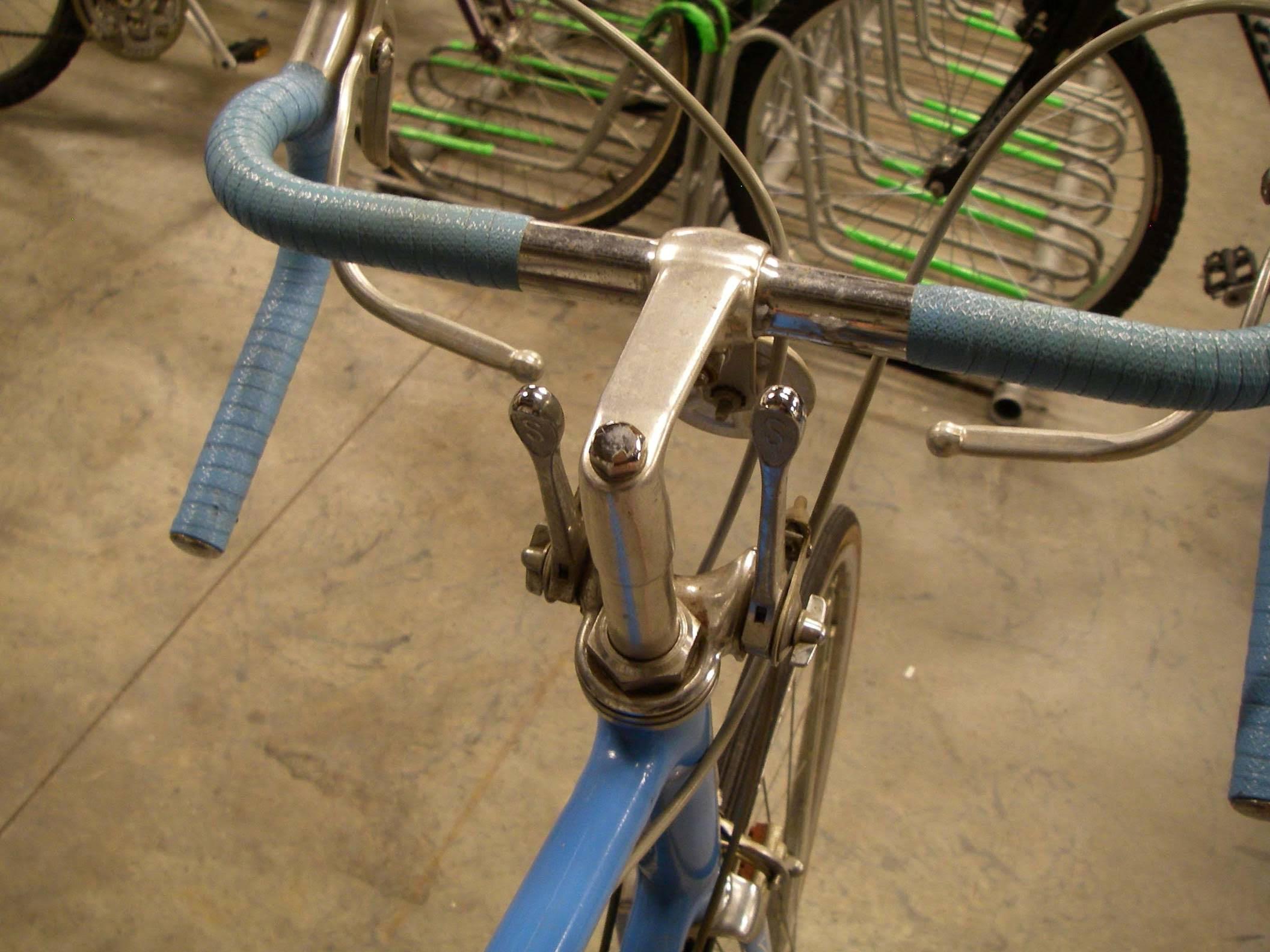 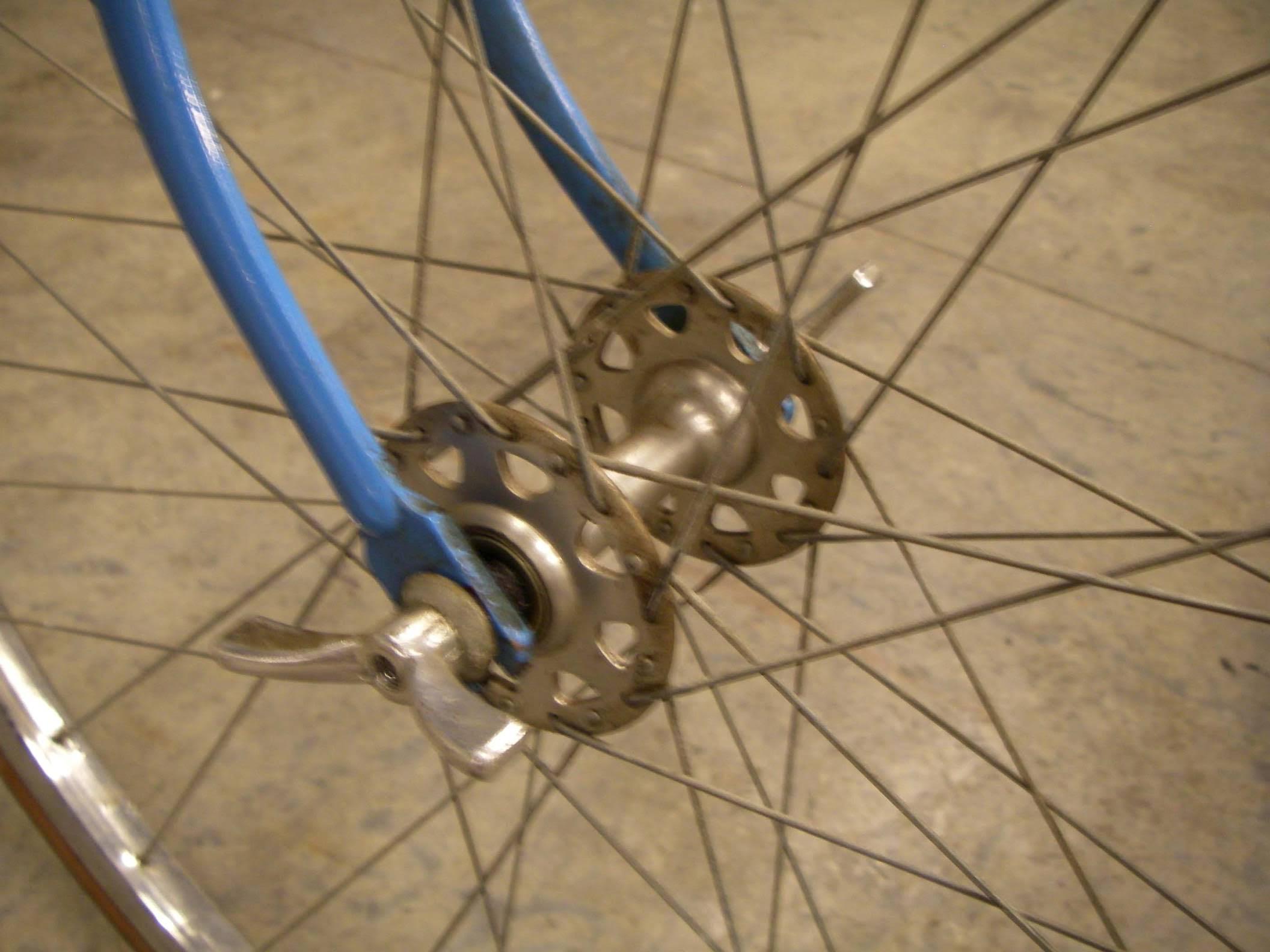